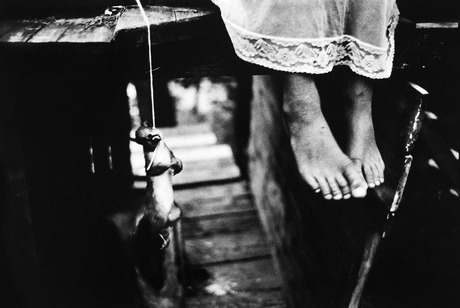 December 10 - January 30, 2010
Press release
Foley Gallery is pleased to present Margaret de Lange’s first solo exhibition at Foley Gallery. In her series entitled, Daughters, Margaret de Lange presents black and white photographs taken of her two daughters during the summers of their childhood.  Though the project began in 1993 and continued through 2002, it wasn’t until both daughters were old enough to grant their permission did de Lange take the step of exhibiting the work.